NATCOM in collaboration with the Sierra Leone police has arrested Forty-Four (44) individuals and confiscated over One Thousand Seven Hundred and Fifty Five unregistered Sim cards (1,755) in an exercise conducted to address the growing concerns of cyber fraud which has been reported to be on the increase in the country. 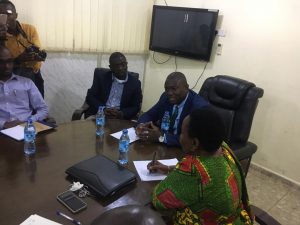 Addressing journalists in a press conference held at the Commission HQ on Tuesday 6th March 2019, the Director-General Mr. Maxwell Massaquoi and his Deputy Mr. Daniel Kaitibi called on the media to support the Commission’s outreach efforts in build consumer awareness to curb cyber related frauds that were being perpetrated by criminals using mobile networks. They both declared that if operators failed to address the problem, the Commission will be left with no other alternative but to institute punitive action against those failing to comply with the Regulations on Sim Card Registration.

In a separate but related development, the Management of the Commission earlier in day met with mobile phone operators to discuss the issue of the selling of unregistered Sim cards. The Director-General furthered that if Uganda, Kenya and Liberia had been able to effectively tackle the problem through the use of biometric technology, Sierra Leone, he affirmed, should be able to do likewise. 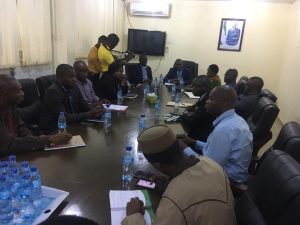 Similar position was also expressed by the Deputy Director-General of the Commission Mr. Daniel Kaitibi who called on the operators to stop outsourcing the registration of Sim card to third party agents. He went on to urge them to reconsider their current approach which he descried as ineffectual.

Operators reaffirmed their Commitment in addressing the problem. They assured the Commission that the call for collaboration in solving the issue was a welcome move which they would be committed in supporting. 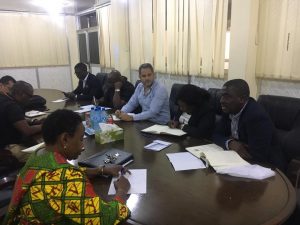 Workshop on the Electronics Communications Act 2020.